I’m teaching Machine Learning at Pratt Institute’s School of Information this semester (syllabus here). For the first day of class, I wanted to have a sort of physical or paper-based exercise that demonstrates the concept of machine learning to people totally new to the subject. I experienced this non-computer-based approach to introducing computation through Zach Lieberman’s coding class at the School for Poetic Computation, where we started off by playing the Human Fax Machine Experiment which revolves around the concepts of encoding and decoding. How does one apply this approach to machine learning? There are some very intuitive digital introductory material that illustrate neural networks or decision trees, but I wanted something more tangible.

A great inspiration came from Maya Man’s session on machine learning at the WYFY School. After a brief overview of AI and machine learning, she taught the participants (the human ‘machine learners’) ASL letters to demonstrate concepts such as retrieval, generation, label/class, and confidence. She showed us A and B (and later, C as well) in ASL and told us what they each are, then asked us what a hand gesture meant.

It was really interesting to see this exercise from an educator’s perspective, and I wanted to ‘fork’ the exercise to create an iteration that works better for me. Below is the description of my version of the exercise, which borrows largely from Man’s in terms of structure; some details are my addition. 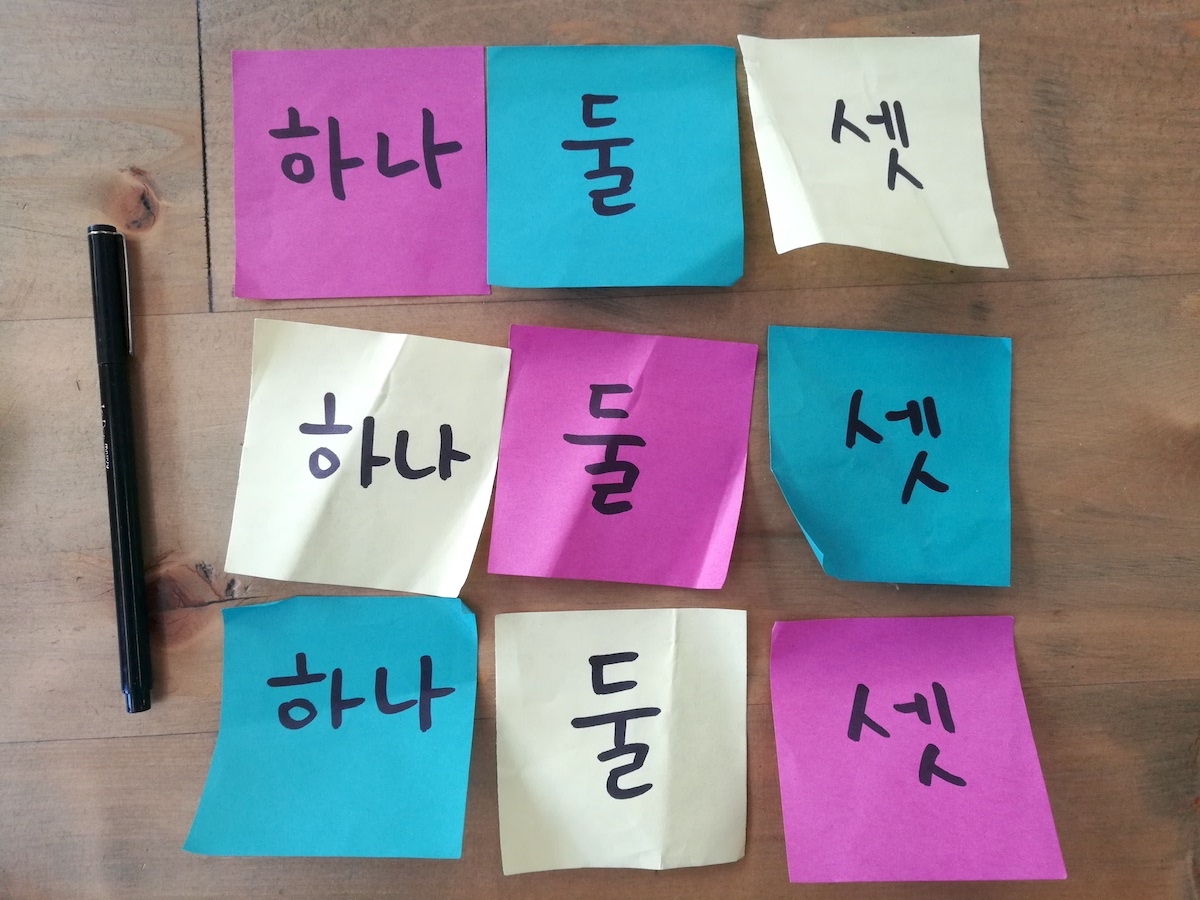 The main modification for my class was that I would be using my native language, Korean, as examples. There were no Korean-speaking students in my class, so each student could play the role of an untrained machine learning model. Even if there were, the exercise would hold; the Korean-speaking students would play the role of pre-trained models, that already were trained on examples similar to ones I am using.

I prepared three words: 하나 (“one”), 둘 (“two”), and 셋 (“three”), each written on three different sticky notes of three different colors. The result was nine sticky notes with no overlapping word-color combination. More rationale on the colors below. At the start of the exercise, I had the [one-magenta], [two-cyan], [three-yellow] notes at hand. 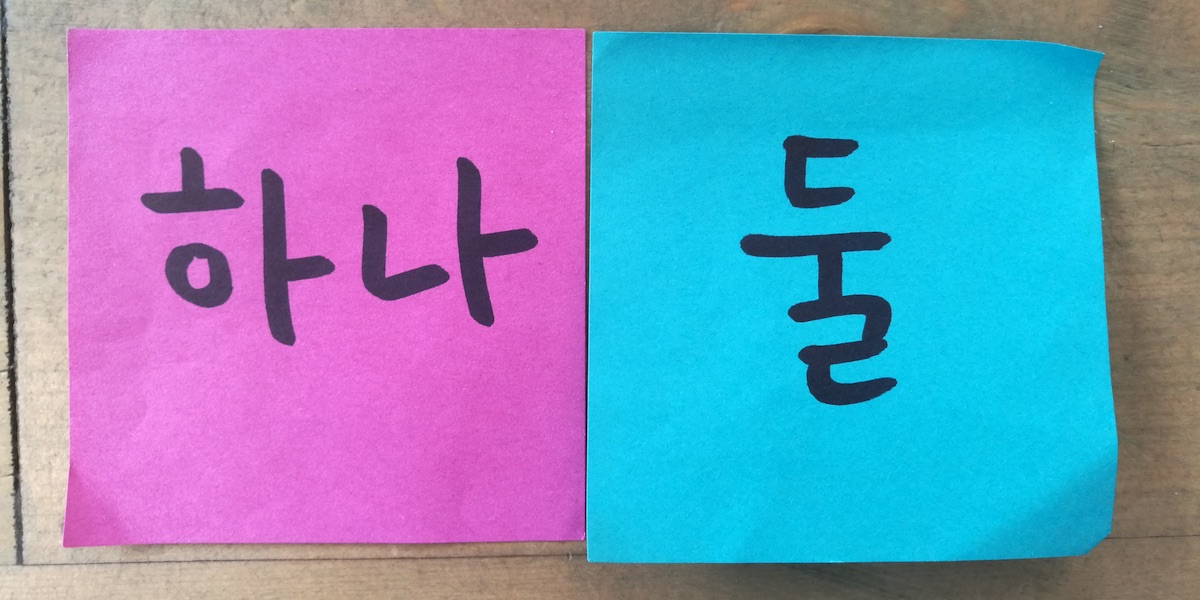 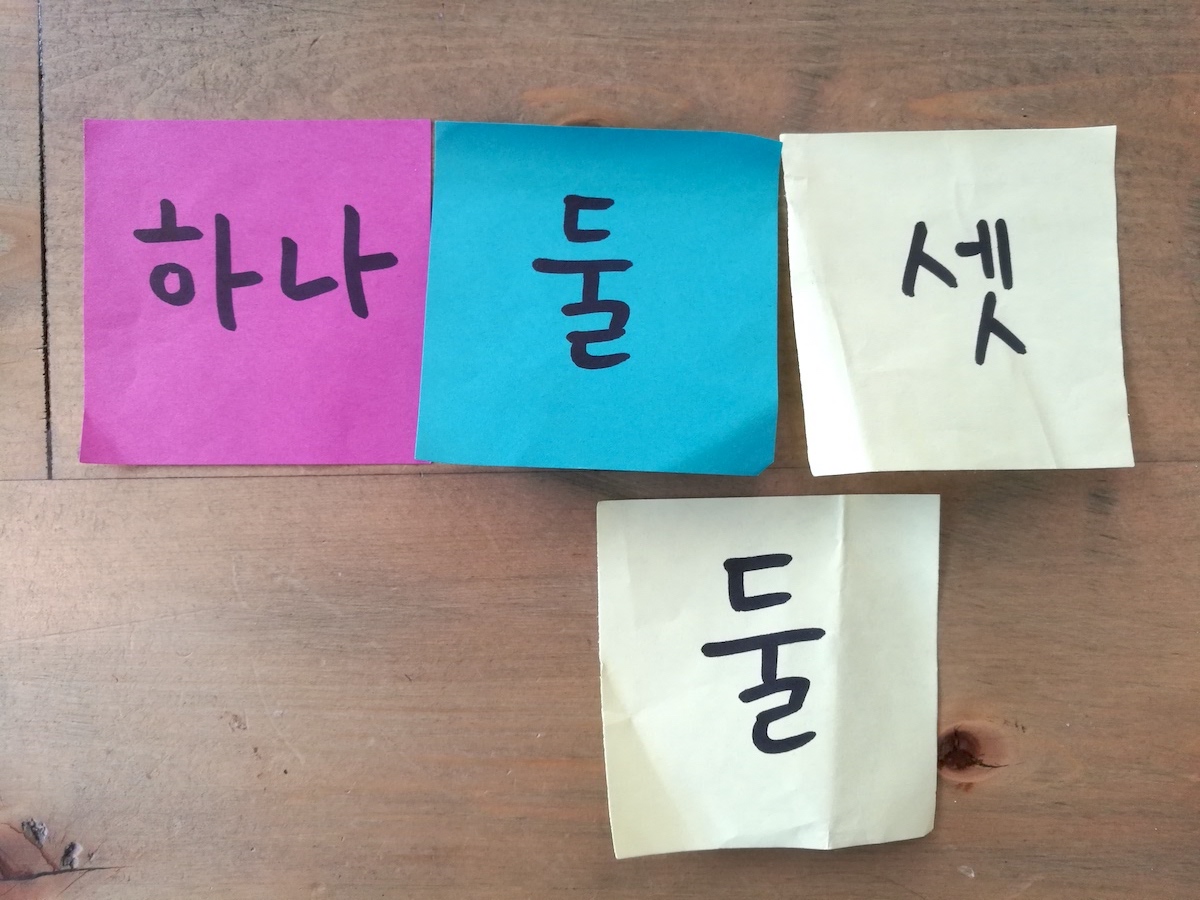